Author of the new romance, Pieces of Our Hearts

About Eveline
About the Book 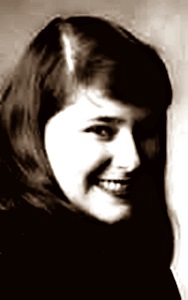 Not that I’ve been published since 1978, but I’ve been writing something in the romance field since then. I started early.

I love writing. I’m happiest when I have an idea singing in my blood and I have to get it out. It can be frustrating, since sometimes, I feel I can’t type fast enough to keep up with the ideas in my head!

Really, writing books is all I’ve ever wanted to do. I’ve done other things, but I love the allure of romance and giving people a break from their lives, showing that everyone deserves love, and needs love.

My Southern roots are deep and inform my writing, whether I’m doing a contemporary romance, or going back in time.

I hope you all, my dear readers, will enjoy my work, and will know that I love sharing my world with you. Take care and God bless you all!

Pieces of Our Hearts 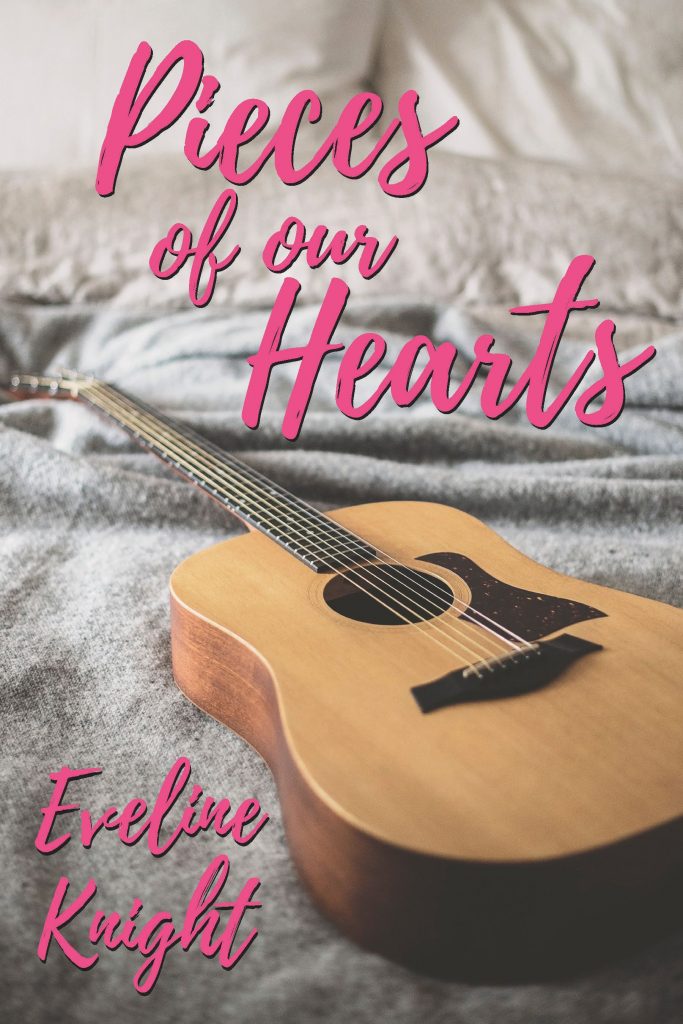 Meg Kelley finds herself employed as a paid companion to musician Cole Taylor. Can she be his friend without getting a broken heart? When she finds out he’s more than just a handsome face, will she want to stay “just friends”? And is he interested in more from a woman who doesn’t fit the cookie-cutter standards of beauty?

I looked at Marty a little suspiciously. I couldn’t believe what he was telling me. He’d called me into the office and told me about another job offer. Currently, I was cleaning for a wealthy LA investment banker. It was a good gig. Paid well and was keeping the rent up and the lights on. I was thankful to have it.

“Hey Meg,” he’d said. “I’ve got a great offer for you. Come in and let’s discuss it.” I’d gone in and now here he was, telling me about some musician guy who wanted a paid companion!

I arched one eyebrow. “Are you serious? Really serious? I’m not servicing some guy, no matter how much he pays me.”

He rolled his eyes. “I know that. You know I don’t deal with those kinds of ‘offers’. No, from what his personal assistant said, he’s got a really bad marriage behind him, he’s completely unattached, and he’s looking for companionship. Nothing more. The PA said he wants someone he can watch a movie with, take to dinner, talk to… It’s strictly platonic. Apparently, he’s got a big house, not surprisingly, and you’d move in there, with all room, food, etcetera, covered. Even a clothing allowance. It’s a sweet, sweet deal.”

“What’s the catch?” There was always a catch.

“As far as I can tell, there isn’t one.” He shrugged. “We’ve vetted him completely. Even the few escort services he’s used have nothing but glowing recommendations. They say he was always very kind to their girls.”

I shook my head. “Sounds like a real prince,” I said dryly. “So now, Marty. Why me? You know I’m the last girl most wealthy men are interested in. I am not the slender beach bunny type. No arm candy here.”

Marty shook his head this time. “Look, Meg. You’re exactly what his personal assistant asked for. I don’t have another name I can give him. He came to us because we have a rep for only recommending good people. No weirdos, no nutjobs.” He was right. Marty was known for the quality of his hires.

“I get that. Why me? What makes my qualifications so perfect?” I was still suspicious.

“All right. You’re only five years younger. He was looking for someone fairly close in age. All the other ladies I could refer are under thirty. Won’t work. He’s 41. You’re college-educated. He wants an intelligent woman, and one with some maturity. That’s you, Meg. Derek — that’s the PA — specifically said those were the important qualifications. Looks were secondary. And Meg, really. It’s not like you’re an ugly woman. You’re not. So you carry some extra weight. So what? But there’s no question you’re intelligent and you’re not some flighty kid. You’re an adult woman, and that’s how you conduct yourself. You don’t have to accept the position, but he’s willing to pay you $125,000 a year. Just for being his friend.” Marty leaned across his desk, trying to emphasize the greatness of this offer. But I wasn’t quite buying it — not yet.

“Generally, people don’t have to pay to have friends,” I pointed out.

“Generally, people don’t have to worry about their friends telling the tabloids all about their private lives for money, either. Just go to the interview, willya? You can always say no.” Now he was pleading, and he always looked a little pitiful when he did that, in spite of his Armani suits. He always reminded me a little of Danny DeVito, except taller.

I sighed. It was awfully good money. “OK. I’ll go to the interview. To make you happy. So who is this mysterious musician, anyway?”

Marty grinned. “I know, but I can’t tell you. His PA wants to make sure you’re really right for the job, and not just taking it because of who’s hiring you.”

“This is back to sounding really sleazy.” I shook my head.

“It’s not. I’ve talked to Derek several times, and it’s as aboveboard as anything ever gets in this town, I swear.”

“Tell me about it. Keeps me in business. Driver’s waiting out front.”

My jaw dropped. “I’m not dressed for an interview! I just dragged on clothes and came over here!”

“That’s what Derek wanted: the real you.”

“Wait until after the interview. You might thank me.”

“No, you’re toast,” I muttered as I walked out of his office.

On the way to Mystery Man’s house, I thought about how I got here. I was 36, from north Alabama and had two degrees: one in English secondary education and a master’s in occupational therapy, which paid considerably more. I’d been offered a great OT position here in L.A., but it fell through shortly after I got here, so I needed to save up some cash to either get back home or stay out here for a good while. I wasn’t crazy about the idea, but I signed on with Marty Bachman’s Golden Temps Company, in the hopes of picking up some decent money. I’d cleaned a lot of fancy houses the past eight months. Now this. Well, we’d see how it went.

Have a question or just want to say hello? Send Eveline a message!